Whats in a name? Tracing our Solidor Origins

What’s in a name?

Take ourselves we are Timber Composite Doors –

-because we sell exactly that Timber Composite Doors

And the doors we sell are Solidor Doors- 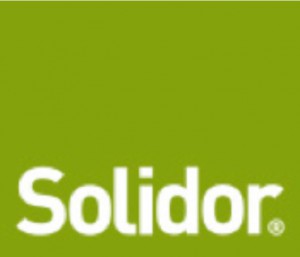 It all seems quite straight forward but choosing the correct company name is not without its pitfalls.

“What’s in a name? that which we call a rose
By any other name would smell as sweet;”

But is this still really true – Shakespeare was dealing in one language “English” but how many words when translated from the English language and translated into a foreign language can actually mean something completely different.

Some company names simply pick themselves when either the full name or just the surname of the individual is the registered name – but what if the chosen name is to be descriptive of the product – we all use vacuum cleaners but if pushed the majority of us would still refer to them as “Hoovers” no matter what the manufacturer of the product, some names just stick. It all seems a bit strange as it is now possible to buy a Hoover Fridge / Freezer.

But it can get worse – have you ever tried putting your own name in a Google browser – if you are up with Social media or have done something of note you may find yourself – but delve a little deeper into others who have your name and you may come up with some surprises. One of the guys here in GFD HQ (we will not give the name to avoid embarrassment) discovered that both a foreign airport (which is fine) and a well known (in her own country) stripper (not so fine) carried his surname.

With something as simple as –

-we reckon we are pretty safe and our bit of “surfing” has turned up nothing interesting.

THE RESULTS WERE SLIGHTLY DIFFERENT

With a name like Solidor you would think the image would be pretty wholesome and clean – but that’s assuming that no one has Solidor as a surname and this is where it all goes slightly wrong.

A lady who was a Socialite, a singer a collection of her songs is available on U tube one of her more famous being Lily Marlene   (she was even the heroine of a song called Sad Songs written and performed by the 1980’s band “the Christians- worth a watch)

– and nightclub owner who frequented Paris and whom was to become known as “the most painted woman in the world” – unfortunately a large proportion were of the lady naked.

She posed for some of the most celebrated artists of the day including Pablo Picasso, Georges Braque, Raoul Dufy, Tamara de Lempicka, Marie Laurencin, Francis Picabia and Kees van Dongen. Her stipulation for sitting was that she would be given the paintings to hang in her club and by this time she had accumulated thirty-three portraits of herself. La Vie parisienne became one of the trendiest night spots in Paris.

Choose your numbers carefully it could impact your quality of life