Please indulge us in our fanciful thoughts

Elections / Referendums are starting to develop a similar trend to buses – when you want one there is never one due and when you do not need one they come along in droves.

And so it comes to pass that come 12th December we can all look forward to trudging out in the cold and rain (hopefully not) to place a simple “X” against a candidate we probably do not know and after the last three years care for even less for – but he or she could be our closest link to how our futures are determined for the next four years – Oh Joy!

For the vast majority of we unfortunate voters, we are so far removed from the “Westminster corridors of power”, that we are initially only numbers in a poll eventually reaching the heady heights of being “pawns in someone else’s game” – a bit cynical maybe but probably very near to the truth after all our opinion in normal times is only considered every four years.

But somewhere in a parallel universe where animated caricatures of our doors had life maybe just maybe it could be so very different and all the decisions that were required to be made could be done so in a speedy and commercially viable manner. The huge range of Timber Composite Doors with all of the variables of colour, style and accessories gives us plenty of scope for casting the number of variations available far exceeds the 650 seats in the House of Commons. Currently, there are no sitting MPs until the election is resolved but the previous ratios of the House align themselves remarkably closely to a similar grouping of our doors

Then we have the minors – (previously 109 seats) – the Lib Dems, the Greens, The SNP etc – for these read Stable Doors which also come in with a total of 24 styles.

With 23 colours available the party colours present no problem the Blues, the reds, the yellows and the greens are there for all the main parties with plenty to spare for the outside contenders

The casting couch for the main characters can prove to be a little more difficult some are relatively straight forward but others because of their individual traits are more difficult to categorise.

Starting with the easier ones – the Speaker of the House – commanding , strong and reliable in short a door that looks like it is in charge of the situation – for this role we would suggest a superb pair of “Palermo” doors in Schwarzbraun – so much style , so much character and so strong and durable exactly the characteristics required for the role. 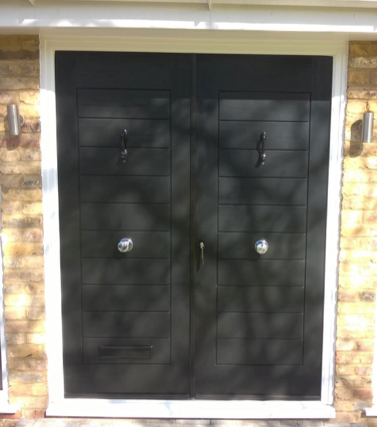 The Father of the House – a title that is bestowed on the senior member of the House of Commons who has the longest continuous service – clearly this has to be a “well loved” style in a commanding colour with very traditional hardware to compliment the age of the holder of this title. A Black “London” pattern with ornate glass and traditional door knob and knocker just like this example with the old-fashioned letter box to add to the illusion of age. 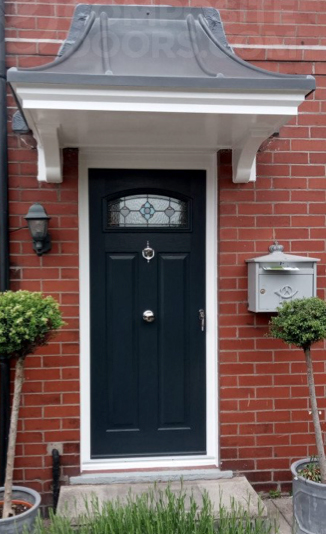 The Leader of the Conservative party wants to be one of the boys with a humerous outlook but still able to crack the whip when need be a door to be taken seriously and most of all it has to be BLUE a door in fact like this Naples in blue with contemporary chrome hardware suits the role perfectly particulalrlythe manner in which the “short bar” handle resembles a seargent majors cane instantly ready to crack down on those who would contradict hoim. 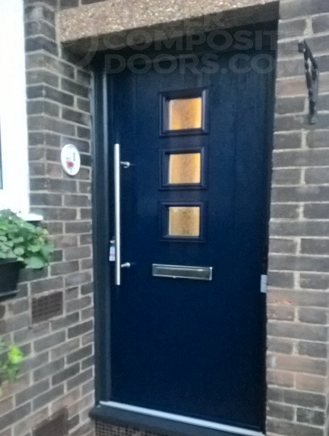 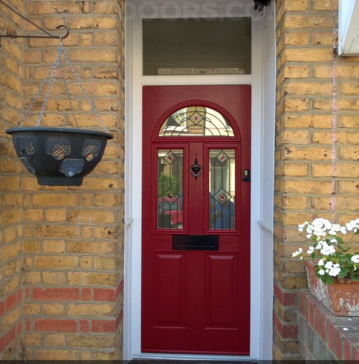 All totally absurd! we can here the howls of derision from here how can you compare Members of Parliament to Doors – but is it, many of the electorate might just venture to say that the performance of the average front door over the last three years has been better than that of the majority of MPs

AND THREE RANGES OF HARDWARE

THAT’S A MINIMUM OF –

The one thing we have not mentioned so far in this parallel world where doors rule is that we have a fourth style of doors– “the French Doors” – where virtually every style in the Solidor Timber Composite Door range being capable of being adapted to “French Doors” this would be the party of real power with fifty seven styles available – taking the best of every other style – doubling them up for added strength and re grouping into one – if only the real world of politics could harmonise so readily what a difference that would be.

Giving your home the “WOW” factor

Not the home movie that you want to see.