The date is set the arguments have started and we can all look forward to a four-month period of truths, mistruths, lies and damned lies until a final decision is made or not as the case maybe dependent upon whom one actually believes.

“Should I stay or should I go now?

Should I stay or should I go now?

If I go, there will be trouble

An’ if I stay it will be double

So come on and let me know”

Change the “I” to “we” and it pretty much sums up what the politicians are saying on both sides of the argument are saying – for those who have forgotten this Clash classic its here in a U tube clip.

The in / out argument is most definitely a hot conversation topic and one which is clearly of great concern to everyone but one of the less recorded comments that seems to be going the rounds is “if politicians whom we elect to make these decisions cannot decide, how can we the public who have limited knowledge of the facts make a decision”

We as many companies have, have adopted the names of foreign cities for the doors within our Solidor Italia Collection which for the present is fine – we are all part of the big “European Gang” but what if the vote is to leave the EU. We at GFD HQ as would many others will be faced with a dilemma – do we show our allegiance to an out vote by changing the name of our Italia Collection and abandoning the Italian city names replacing them with patriotic English alternatives, or do we leave the status quo exactly the same. 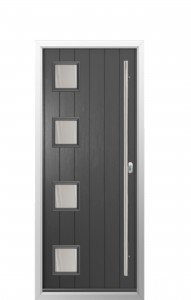 The Milano / Manchester in Grey

The Genoa / Grimsby in Rosewood

We are well aware that there are some wonderfully descriptive and romantic names in the UK we have in fact used many of them in our basic range – The Harlech, The Windsor, the Stafford etc all sound great but –

The Carlisle for the Como

The Barnsley for the Biella

The Fulham for the Florence etc

all excellent towns or cities but not quite with the romantic ring of their Italian counterparts.

Thankfully we have four months to plan for a plan B should we need one – watch this space for further developments.

Ultion Locks as Standard at